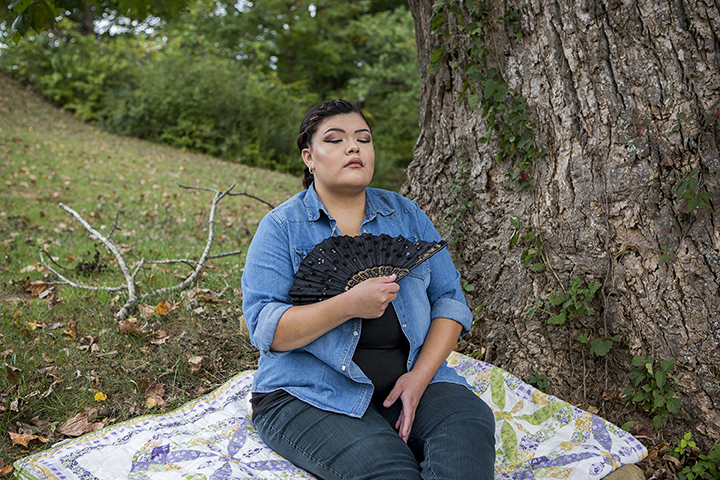 Tiera Teesateskie, 23, is an Eastern Band of the Cherokee Indian (EBCI) tribal member and a licensed cosmetologist. Here she waits on the sidelines of Unity Field in Cherokee, North Carolina for an annual stickball game to begin between rival the Cherokee communities of Big Cove, where Teesateskie lives, and Wolfetown. Stickball, “A-ne-jo-di: Little Brother of War,” began in prehistoric times as a way for tribes to settle disputes without going to war. October 7, 2016.